Steve Bowen ... You Will Be Missed 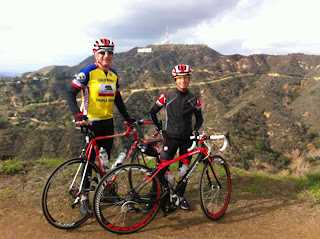 This is a place where people who loved Steve Bowen may feel free to write a memory they have of him, a story, or to say goodbye to a good friend. Please share your thoughts by clicking on the "Comments" at the bottom of the tribute below. You need not be a cyclist to share a memory here.

Sadly, Steve passed away while riding his last Century of 2012.  The photo above is one of the last, if not the last picture taken of Steve on his last ride with Marcella Piersol. Hollywood sign in the back, big smile on his face, and of course his CA Triple Crown Jersey!

"Morning everyone ...
I know some might wonder why I waited to send this important information out, but I did not want to ruin anyone’s Christmas with such sad news. On Sunday, Dec 23rd, Steve Bowen was out with Marcella Piersol doing his last century of the year (he did one a month with Marcela). Somewhere around Skirball Center Marcela stopped to wait for Steve, but he never showed up. She waited a few minutes when a car pulled up next to her and asked if she was waiting for another cyclist? He told her that there was a cyclist down just back up the road a bit, and within a minute she was back with Steve with two motorists already performing CPR.

It was fortunate that one of them was a doctor who continued CPR until the paramedics arrived. They rushed him to the hospital and continued CPR for about another ½ hour, but were unable to revive him.

I was told that Steve will be buried alongside his mom in Maryland, but aside from that I have no further information.


I know some of you have already heard the news, but if anyone has any updated information please feel free to pass it along. And if any SB Wheelmen riders can pass the message along to the club it would be much appreciated. I have already informed Planet ultra, and the LA Wheelmen.
Although I am deeply saddened by the passing of our great friend and riding comrade, I find some solace in the fact that he passed doing what he loved doing best…
With heavy heart….
Tony"

On Monday 1/21/13, the Palos Verdes Bicycle Center announced:
"In memory of Steve Bowen, we would like to invite you to his Memorial Service at Wayfarers Chapel on Saturday January 26th at 2pm as we share, remember, and celebrate his life.

Please feel free to ride your bike to the service.
Please RSVP to events@pvbike.com." 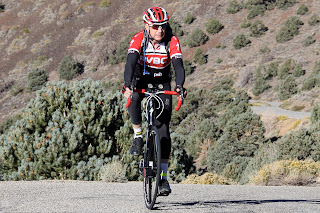 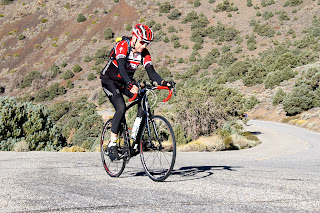 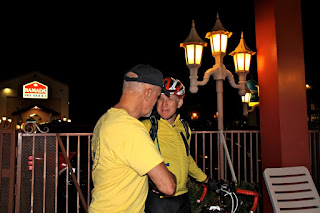 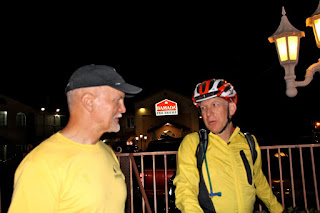 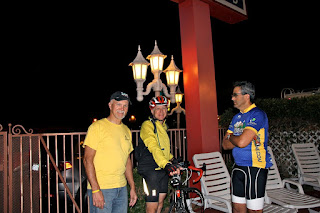 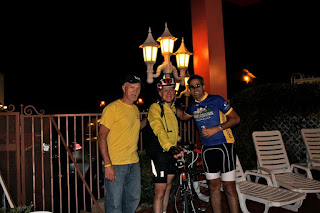 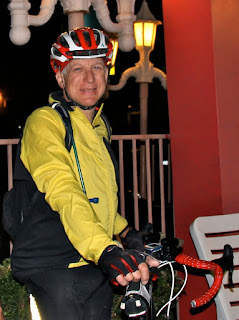 Marcel Hoksbergen posted this beautiful video of Steve's Memorial Ride on Facebook
Posted by Chuck Bramwell at 8:20 AM

Steve introduced me to the world of double centuries in 2011 and of the 6 I've done so far, 4 were with Steve alongside me.

Upon moving to Redondo Beach from Chicago in 2010, I met another cyclist who suggested I get myself up to the Palos Verdes Bicycle Center, talk to the owner, a guy named Steve and have him take care of me before embarking on riding the hills.

And “take care of me” hardly begins to describe how important Steve became to me over the next 2 years. There was something mesmerizing about Steve, his shop and his incessantly cheerful staff that would keep my looking for excuses to take a ride up the hill and stop in for a visit. I’d need a new tail light – so I’d hop on the bike, ride up the hill and spend about an hour in the shop talking with Steve and gang before picking out a new light and heading out for another 20 miles. Sure, there are 5 other bike shops that are blocks from my house, but Steve Bowen didn’t work at these shops.

After about a year of cycling daily, and having a few organized California century rides under my jersey, I finally felt fit enough to ask Steve if he wanted to ride with me. We did a few rides locally and since he had completed many double centuries over the years and talked about them, we decided I would attempt my first double with him in October 2011 in Solvang.

Over the past 14 months, Steve and I spent a lot of time driving in his truck from ride to ride. For our multi-day trips, he would often bring along his fancy coffee machine which would take up too much space in the back of his crammed truck. He really took his coffee seriously.

He used his Garmin GPS device to get us to every destination and never seemed to tire of the ridiculous way it would pronounce the word “boulevard”. Every time the navigator would speak out, something like “in 500 feet, take a left on Hawthorne Boulvargh” he would crack up laughing. We even spent time playing with all the various voices on the device hoping to find one that would properly pronounce “boulevard” but none of them could do it.

Some of our car rides would take hours and he would regale me with stories about his days in musical theater, his childhood, his “love-life” and his early days after moving to Los Angeles. But most of our talk would always come back to cycling. It was something that we both fell in love with later in life. Not many people actually take a passion and turn it into their livelihood. That’s another reason I respected Steve so much. He really did follow his passion.

Steve and I made natural riding partners. We were not fast, but we would always finish the ride. We rode 7 centuries and four double centuries together. All in all we logged 1,994 miles together in just over a year. His sense of humor was subtle. After I remarked that the only reason I rode with him was so I could have my own personal bike mechanic with me, he stopped helping me change my flat tires and would just stand back patiently and smile as I struggled alone.

In late October, we rode the Death Valley Double Century together. This was a redemption ride for Steve since Death Valley had been the one ride that he could just not finish in the past. I’m so glad I was there to share his triumph this year as we rolled across the finish line with more than an hour to spare. Though he was quiet, I could see the smile on his face as we enjoyed cold pizza while watching the remaining riders roll into the Furnace Creek Ranch. He was really proud of the fact that we beat the Adobo Velo gang to the finish.

As so many other people have mentioned, Steve was generous, honest and caring. I was an honored recipient of all of this and glad to have had my brief time with him. So while I’m selfishly going to miss his company as I continue to ride into the future, I’m certain that his spirit will always be riding along side me, encouraging me to go on, keep my rhythm constant, my butt in the saddle and relax my shoulders.

RIP Steve. You touched so many lives in wonderful ways.

Mike Wapner wrote: "I plan to attend the memorial. I really liked riding with Steve and will miss the opportunity to do it again."

Pam Leven wrote in the e-Gooseneck, the Los Angeles Wheelmen's Newsletter, "Steve Bowen, 57, passed away on December 23 of sudden cardiac arrest while on a century ride in Malibu with a friend. His death was mourned by many hundreds, including members of the LAWheelmen. He had been our vice president and leader of our Corner Challenge Rides, a generous supporter of the Grand Tour and a strong riding partner for many of us. Steve was best known among area cyclists as owner of the PV Bike Center, where he earned a reputation for excellent customer service and smart advice. On January 5, more than 300 local cyclists gathered for one of their favorite PV rides to honor and remember their cycling partner and friend. Steve was a man of many talents who took an unusual route to our sport and his passion."

Brian Bowling wrote: "We learned today that Steve Bowen passed away Sunday of a heart attack while on a ride.

Steve was a Vice President of the LA Wheelman, a frequent double rider and the owner of PV Bicycle Center. Most importantly he was a great person and friend. Deb and I are both heartbroken by his untimely passage.

I was able to acquire one of Steve's bikes recently even though he passed away a year and a half ago, I feel a tad connected to him and know there's still a certain part of his spirit still lingering, if only in the found memories he left with those he knew. I know he was very found of this bike and am glad to see we share the same enthusiasm about coffee and riding. I guess it really was by design that maybe we wanted someone like me to get this very special bike. He is someone I definitely would have connected with if we had every crossed paths. So glad to get some closure of who he was. I think that's something he would have wanted with the person who is riding one of his special bikes. Really looking forward to riding to PV at the bike shop he was associated with.